Makar Sankranti (also known as Makara Sankranti or Maghi) is a festival day in the Hindu calendar, in reference to the deity Surya (sun). It is observed each year in January. It marks the first day of the sun’s transit into Makara (Capricorn), marking the end of the month with the winter solstice and the start of longer days. Being a festival that celebrates the solar cycle, it usually falls on the same Gregorian date every year.

The festivities are known by various names such as Lohri by north Indian Hindus and Sikhs, Makara Sankranti (Pedda Pandaga) in Karnataka and Andhra Pradesh, Sukarat in central India, Magh Bihu by Assamese, and Pongal by Tamils.

Our school organised a special assembly for Sankrathi where our Pre-Primary students came in colourful dresses. Facilitators decorated the assembly area with colourful rangoli and flowers. Our tiny tots were instated about the facts and celebration of Makar Sankranthi. It was explained to them that Sankranti is celebrated in Andhra Pradesh and Telangana for four days – Bhoghi, Makar Sankranti, Kanuma, and Mukkanuma. A detailed explanation of the significance of each day was given to them.

Telugu speaking facilitators arranged Bommala koluvu and mock bonfire to enable children to understand the importance of festivals and traditions. As a way to mark the festive atmosphere, students and teachers danced together. Afterwards, they made colourful paper kites as a takeaway for the children to enhance their celebrations. 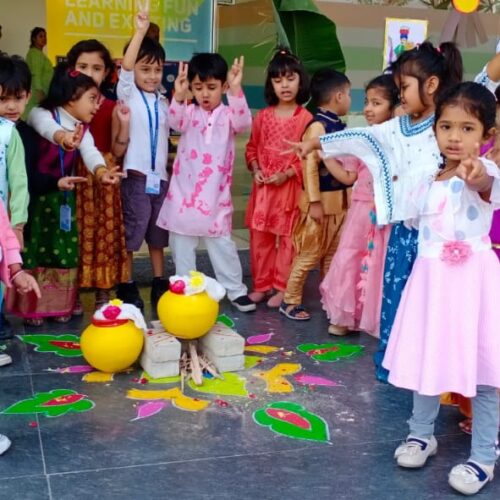 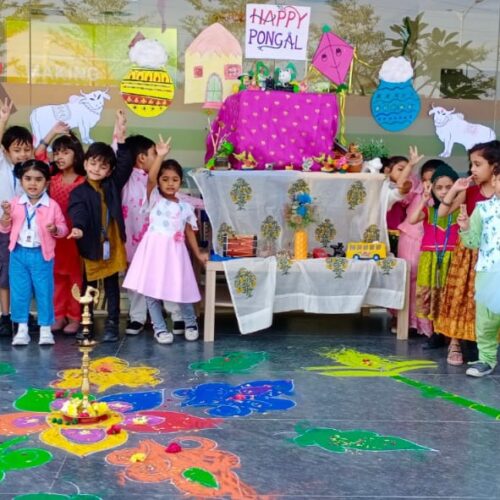 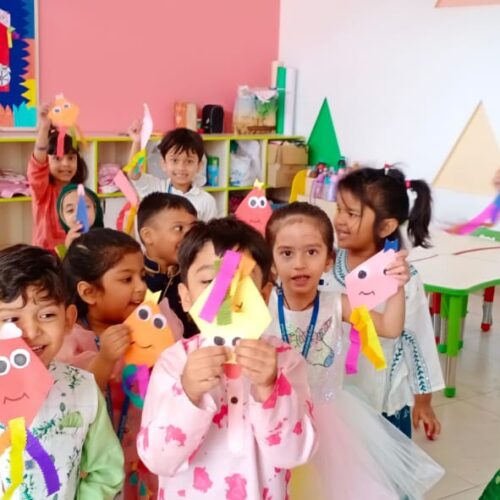 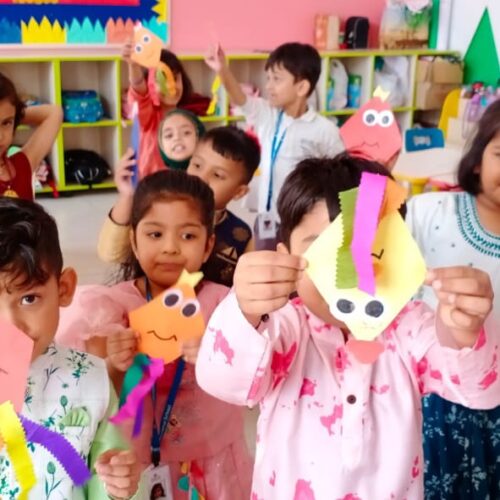 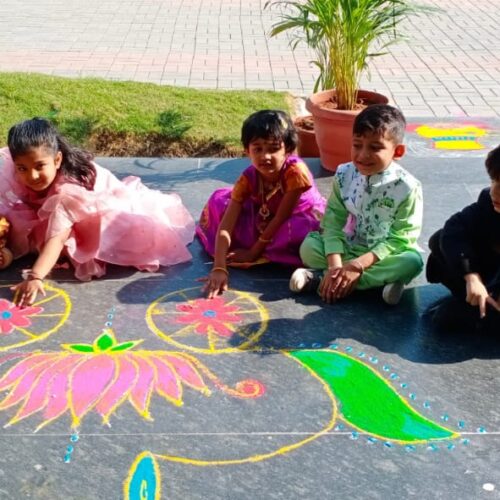 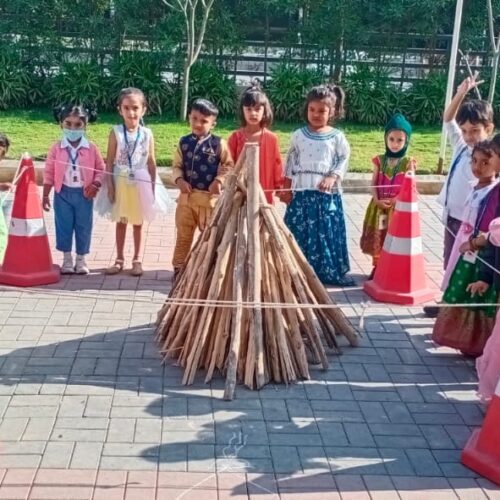 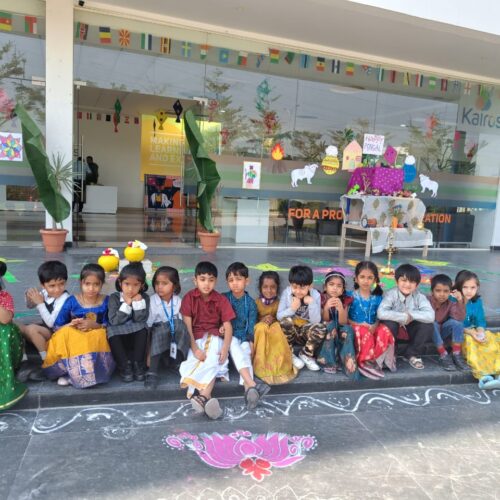 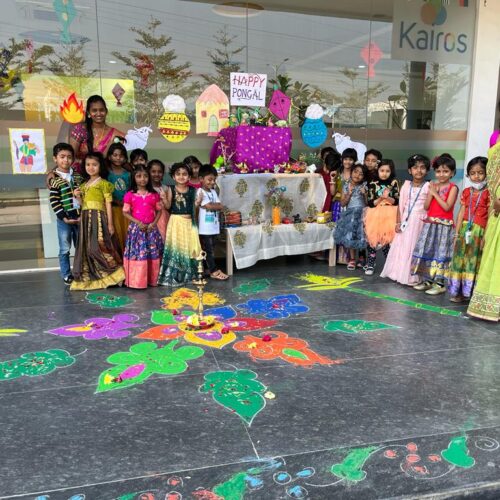 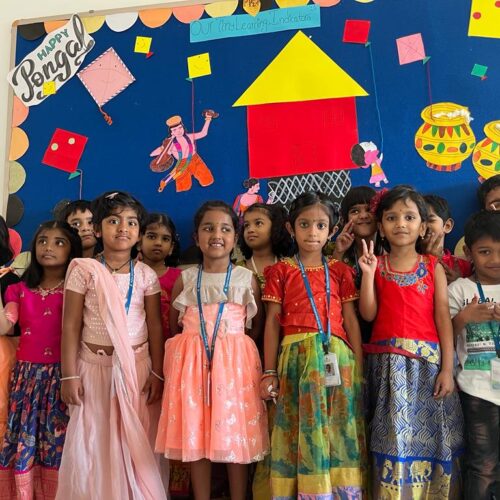 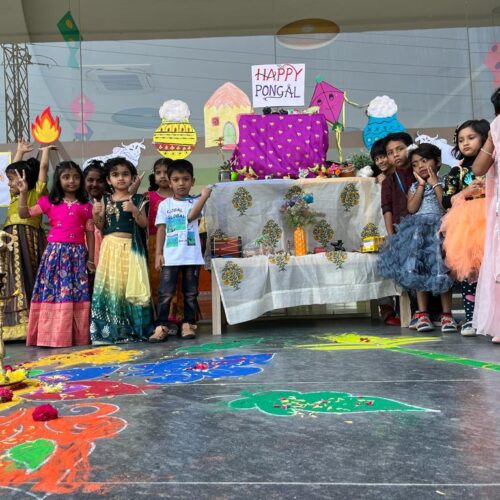 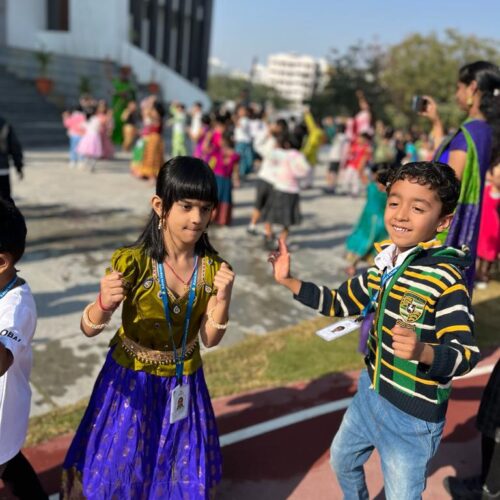 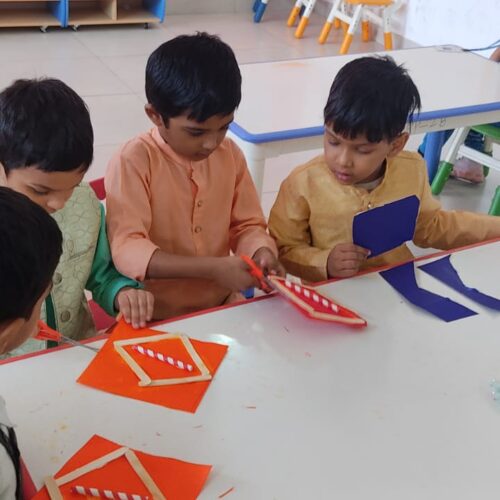